Bill Fegert is a 95 year old World War II veteran that was invited to a special 75th D-Day Anniversary Commemoration event sponsored by the Cleveland Indians on June 6.  Through the Make it Happen program and generous donations he and his family were able to attend the event and an Indians game, along with Chaplin Dan and Pastor Yargo.

The group arrived to the event is style in a Party Bus from Fab Limousine.  Their first stop was to League Park, the original Cleveland Indians’ field, for a commemoration ceremony.  Each veteran was greeted at the gate by military personnel and received a recognition certificate and two tickets to the baseball game.   Speakers at the ceremony were Cleveland Mayor Frank Jackson and Secretary Thomas B. Modly.  Mr. Fegert was excited to attend along with an estimated 90 other veterans.  He searched the crowd for others he might recognize from his time of service.  The event was concluded with the playing of Tabs, a 21 gun salute, and the singing of God Bless America.  An ice cream social followed the event.

After the ceremony and dinner the group went to the Cleveland Indians game against the Minnesota Twins.  This was the first game for Mr. Fegert and his daughter.  They each received a special first game certificate.  Despite his age and the long exciting event, Mr. Fegert stayed for and enjoyed the entire game.  He was still filled with excitement days and weeks after.   He shared his joy and souvenirs with staff when they visited, often with tears in his eyes as he spoke.  The ceremony brought back many memories for him of his time of service.  He stated he felt “privileged” to attend the event. 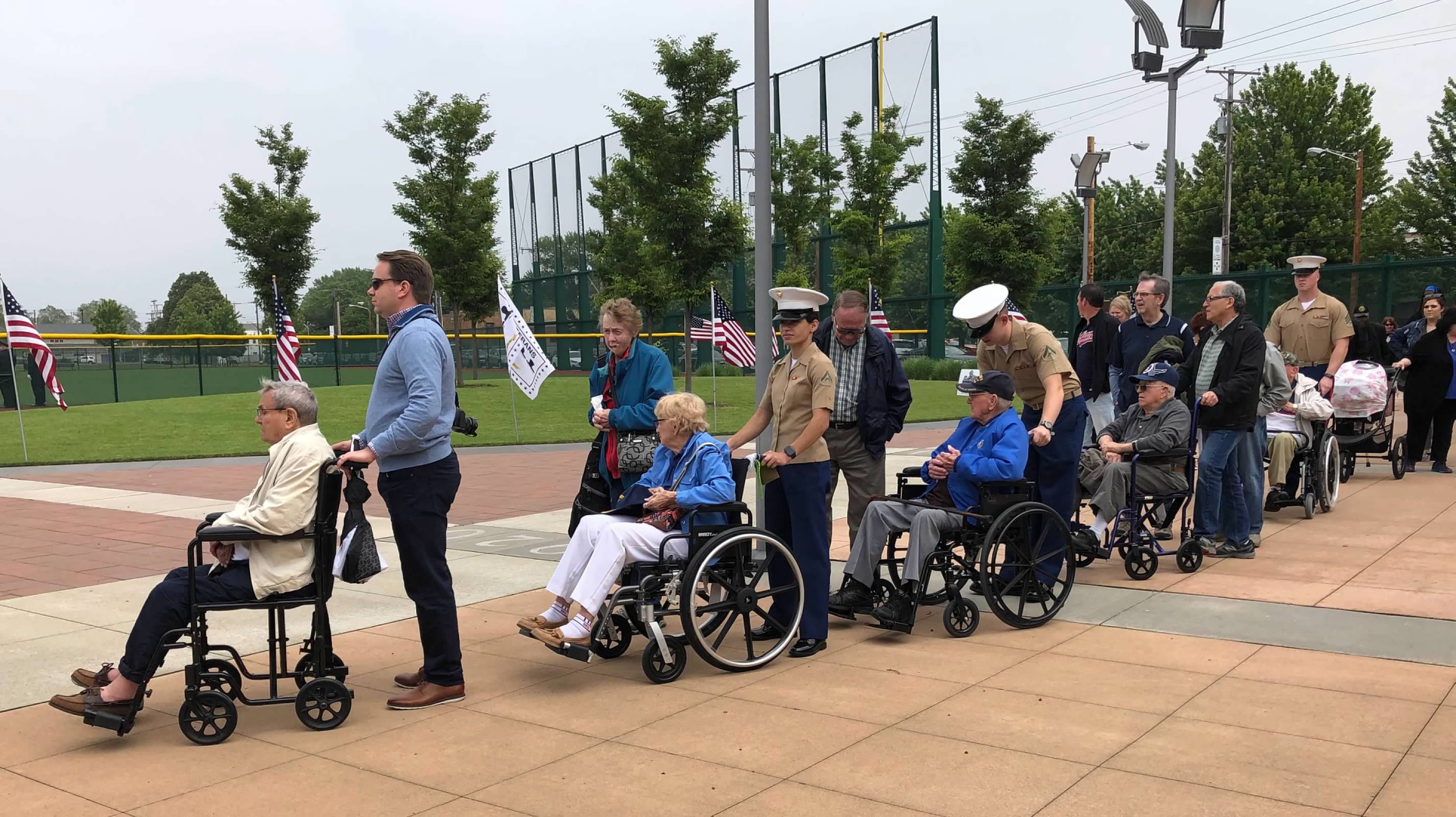 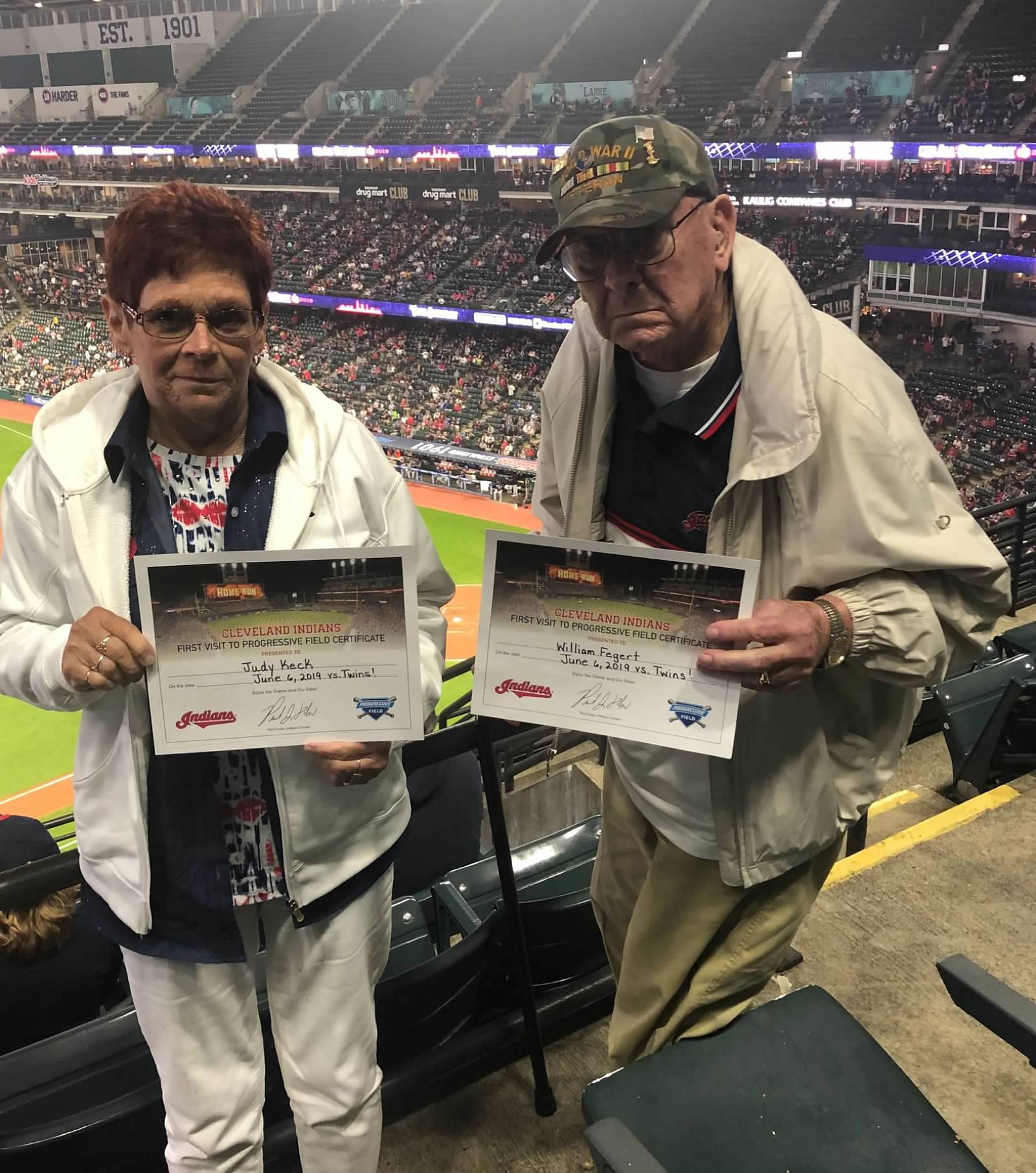